Join us for these four transformational webinars. These are free events sponsored by the Love Peace AMEN Foundation. Join us to learn Qigong Exercises, Guided Meditations & Self Healing Medical Qigong Techniques to increase energy, vitality, and mind body connection. Recordings of the live webinars will also be available following the live event. Register for one or all of the events. All are welcome to attend.

What will you learn?

In these intensives, you will learn Qigong Exercises, Guided Meditations, and Medical Qigong Treatment Techniques to support the body’s innate ability to heal itself. Instructor David J. Coon will share practical exercises and techniques that you can incorporate into your life immediately. Join us for an amazing opportunity to learn from author and seminar presenter, David J. Coon, Medical Qigong Master.

Who Should Take It?

TAKE: All are welcome to attend. No prerequisites needed. Join us for this 2-hour Live Webinar, Qigong For Back Pain, on Saturday, May 13th, 2023. David J. Coon, will share Qigong Exercises for healing low, middle, and upper Back Pain. Also, learn one Guided Meditation for alleviating pain and a Medical Qigong Lecture on the benefits of regular Qigong practice. 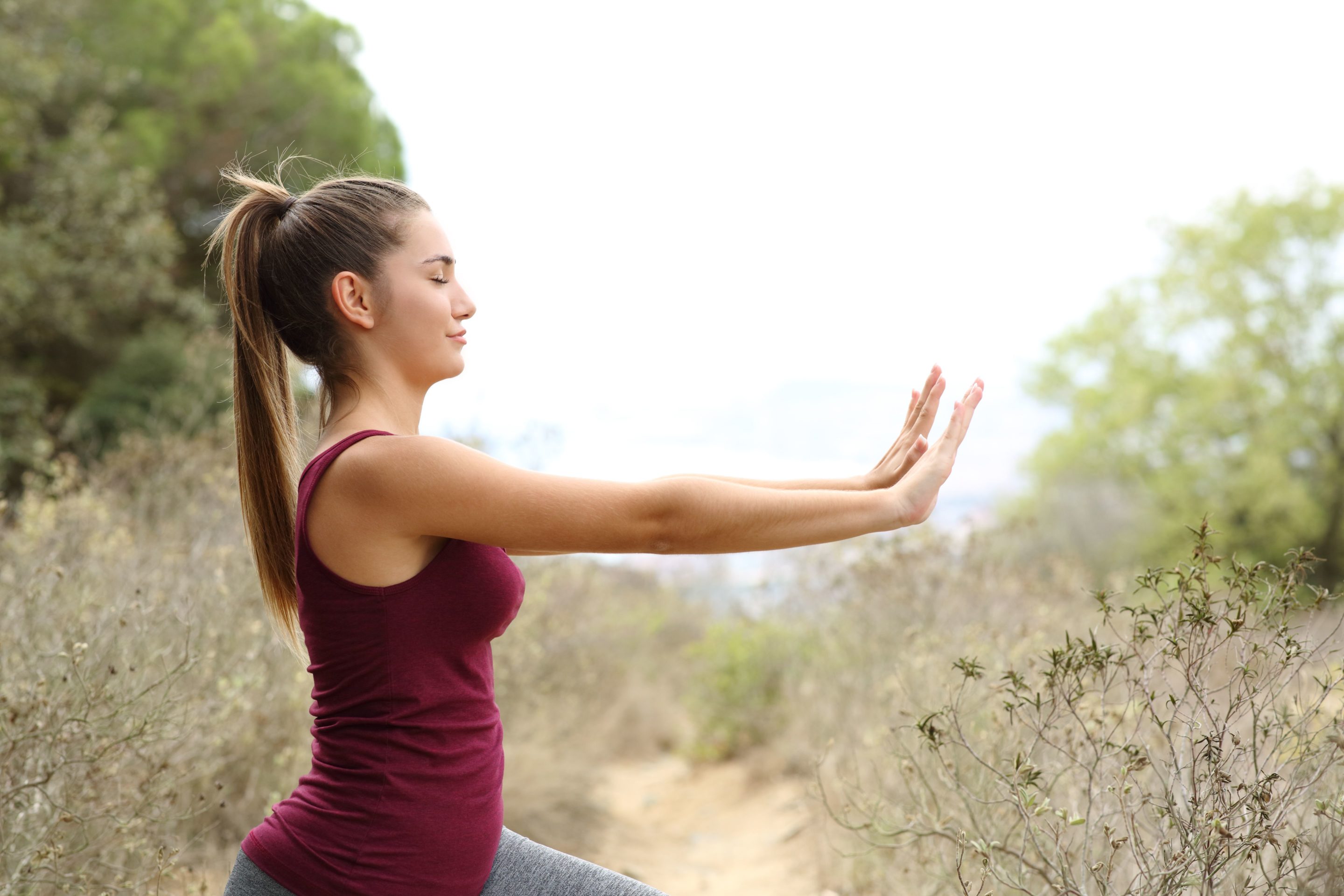 Join us for this Live Full Day Workshop For Beginners, Qigong For Inner Peace, on Saturday, Oct 21st, 2023. Experience The Magic Of Qigong with Medical Qigong Master, David J. Coon, who will share Qigong Exercises for Inner Peace. Also, learn one Guided Meditation for healing and a Medical Qigong Lecture on the benefits of regular Qigong practice. 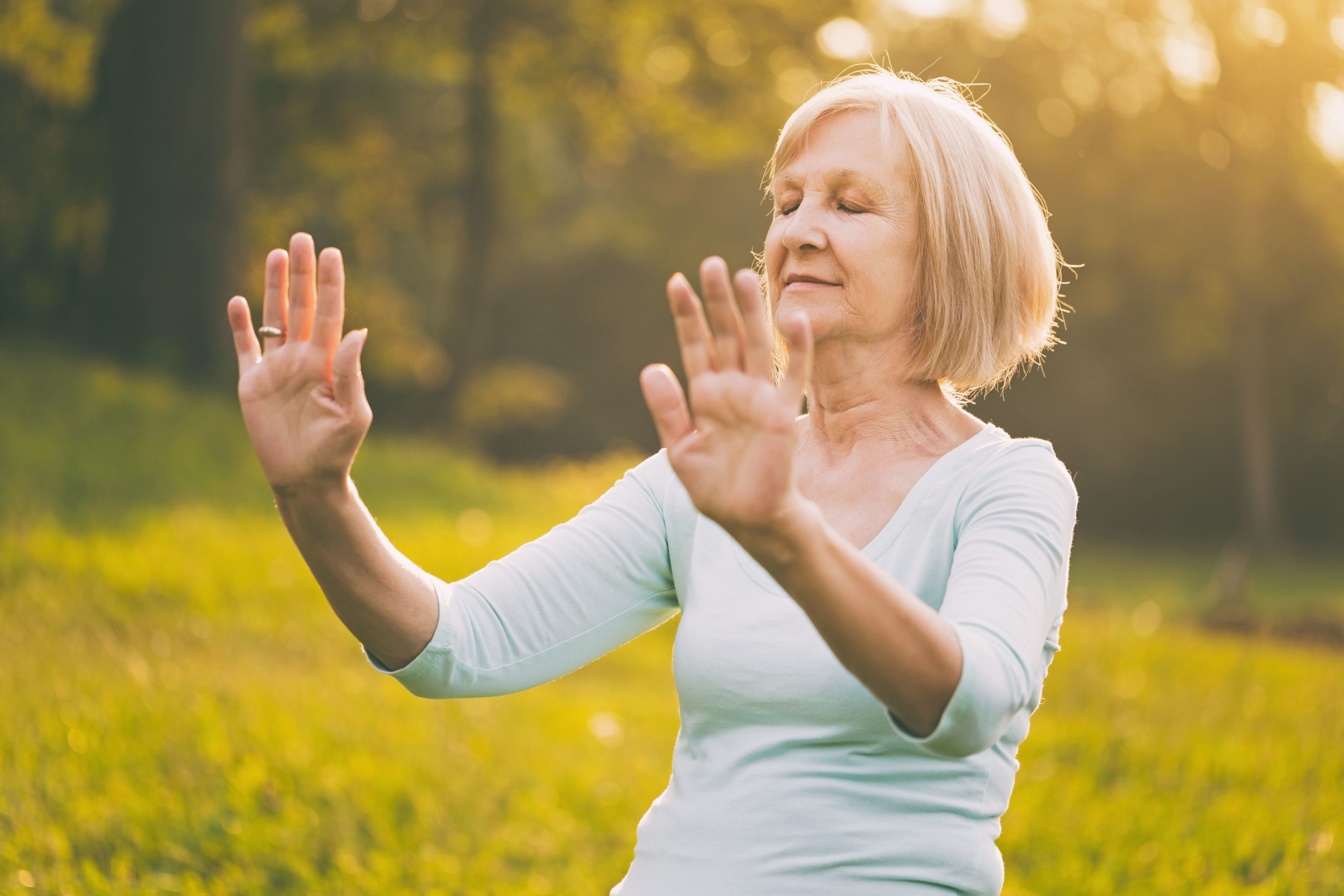 Join us for this 2-hour Live Webinar, Qigong For Healing, on Saturday, Nov 11th, 2023. David J. Coon, will share Qigong Exercises for healing & increasing energy. Also, learn one Guided Meditation for healing and a Medical Qigong Lecture on the benefits of regular Qigong practice.

David is a Medical Qigong Master with over thirty years of experience facilitating healing for people using Medical Qigong. He is currently an accredited continuing education provider by the NCCAOM, Texas Medical Board, CE Broker, Florida State Board for Acupuncture, and California Acupuncture Board.

David is the author of Qigong For Beginners: Your Path to Greater Health & Vitality available on Lulu.com and Amazon.com. David has also been featured on KGNU radio programs, in newspapers around the country, and has published articles in Magazines including “Medical Qigong and Acupuncture, A Cutting Edge Combination,” featured in Acupuncture Today.

When David was fifteen years old he was diagnosed with a severe spinal disease and told that he would be crippled by the time he was thirty years old. Unwilling to accept this fate, David began intensively studying Oriental Medicine, Medical Qigong, Martial Arts and Meditation.

David learned how to cultivate and direct the energetic life force called Chi in Traditional Chinese Medicine. Through Qigong practice, David healed his spinal disease completely! David also found that his mood, his attitude, his outlook on life, and his intuition had all increased exponentially. He was drawn to teaching and sharing these healing practices and spiritual counsel with others.

David’s Qigong Practices are underpinned by his Psychology degree from the University of Connecticut and three years of experience as a Professional Counselor in Louisville,Colorado.  He also spent three years at the University of Colorado studying Molecular and Cellular Biology to better understand the inner workings of the body on a cellular and biochemical level.

He has taught and lectured around the country to both lay people and professionals about the healing power of Qigong. David’s Qigong practices are now being practiced around the world. They are simple, effective and can be practiced by anyone at any age.

Qigong Awareness Intensives are
Certified Through These Organizations

*NCCAOM is the National Certification Commission for Acupuncture & Oriental Medicine. We here at Qigong Awareness offer 15 PDA Points approved by NCCAOM in Core Competency in the AOM-OM Category.

***Massage Therapists! Depending on which state you reside in the NCCAOM approval actually gives many states approval for their Massage License Renewal. Check with your local state Massage Licensing Board for reciprocity with NCCAOM.

“Who would this course be good for? Everyone!”

Who would this course be good for? Everyone! As an acupuncturist, I found it ideal. That said, you do not need to have ANY concept of Qi to take this course; if you simply believe your body has power, and your body has the capability to heal itself, then you’re ready to start. For beginners, this course will start you on the path of mastering your bodily functions by introducing you to Qi and providing you the daily tools and practices necessary to develop this ability. From there, it's up to you. For the seasoned one, there is still great knowledge to glean from this course. David's discussions on the endocrine system and glands, their importance and relation to the chakras, the kundalini, the overall tie to the Caduceus symbol - I could go on, but he probably wouldn't appreciate me divulging the entire course. Let's put it this way: If I equate this course to the trunk of a tree, now that the course is completed, I have at least 5 different branches or pathways to explore further that I did not have before. I greatly appreciate the tidbits of information David left along the way which opened this door. My cup is full and I will spend the next several weeks, months, years, and decades digesting its contents.

“David is a monument to his own mastery, and his commitment to practicing and teaching…

I recently participated in a weekend Medical Qigong Intensive with David Coon, and I returned to my practice full of life force and eager to assimilate my experience into my treatment approach.  The sessions were well organized and well balanced between informative and hands-on, reminding us that true Qigong is something quite beyond exercise!  I look forward to future workshops. David is a monument to his own mastery, and his commitment to practicing and teaching medical Qigong may very well effect in this country a resurrection of a much neglected branch of Chinese Medicine. We here in North Carolina are fortunate to have David and Tanya now in our area.

David’s Medical Qigong Intensive workshop was superb! He was extremely skilled at being able to communicate concepts and ideas with insight and clarity. The activities he chose were very helpful and allowed each person to grow from their current place of understanding and level of skill. I personally came away from the workshop with a much greater depth of understanding that will inform my personal and professional practice. A couple of ‘nuggets’ have already resulted from applying some of his suggestions. I heartily recommend this.

I can best describe my experience at the Medical Qigong Intensive with three words: Acceptance! Energy! Peace! The experience created an atmosphere of full acceptance so that I, as a lay person, was accepted as a peer by the other participants who were all experienced practitioners of alternative healing therapies. Had I not seen and felt it for myself, I’m not sure I could have believed in the existence of so much energy which exists around us, between us and within us, and can be channeled for healing, daily living, and peace. I am a retired speech therapist who worked in very difficult environments in which at various times my physical being was in danger, and much toxic energy was constantly present. As a result, I have carried that energy with me into retirement. I learned many techniques to help me to begin to cleanse my body of the toxic energy and replace it with Chi. Had I had those skills at the beginning of my practice, I am sure my life would be much different now. I am beginning to feel Peace not felt previously. At the close of the session, I set a year goal which I was not convinced I could meet. With the energy I feel at this point already, I am nearly one-sixth of my way to that goal after just four sessions!

Thank you David and Tanya for allowing me to participate in the session.

“David Coon is a true teacher.”

David Coon is a true teacher. His thorough discussions were filled with valuable information. His explanations throughout the class were both relatable and one step ahead of any question that may have arisen as he was teaching. I have since started my own qi gong practice, and have implemented Medical Qigong into my Acupuncture Practice.

“The weekend intensive workshop that I attended in Raleigh provided me with the basics and enough real-time review to start my own Medical Qigong practice.”

Approximately 25% of my practice as a Licensed Acupuncturist is comprised of Military Vets who are faced with multiple physical, mental and emotional challenges. One of my goals for 2015 was to begin learning Medical Qigong to enhance my own practice, my focus, and energetic strength and to give my most challenging patients – VA Vets – another holistic, non-pharmaceutical tool to manage their physical, mental and emotional stress. The weekend intensive workshop that I attended in Raleigh provided me with the basics and enough real-time review to start my own Medical Qigong practice.  I am looking forward to continuing my studies with David Coon.

This Medical Qigong Intensive with David J. Coon was very informative and lots of fun! I learned so many ways to help restore my energy and well-being, as well as my patients. The instructor was very kind and willing to teach us a great amount of information in a short period of time. David inspired me! I am already adding Medical Qigong into my everyday life and acupuncture practice!

“I cannot say enough about this class- TAKE IT!!!”

The Golden Dragon Medical Qi Gong Intensive was a transformative experience- both during the class and in the months since. The qi gong practices that David teaches have been profoundly healing for myself and helpful for my acupuncture practice. I have seen a huge difference in my ability to calm and center myself since using the Medical Qigong Techniques. The class setting was healing and safe, which allowed for some incredible healing to take place amongst the participants, and David guided us the whole way.

I cannot say enough about this class- TAKE IT!!!

It was by far the most powerful and life changing course I have taken. My practice is already completely different in just the first day. And, my city must have got the memo because my clinic is 25% fuller this week than ever before. Thank you again for the service that both of you provide!

“This seminar with David was amazing and enlightening!”

Not often do I attend a seminar for CEUS where I was so extremely engaged in the work being taught. David made it easy to embrace and let go. This seminar with David was amazing and enlightening! Would highly recommend it to anyone! He is a true gift to any participant.

Medical Qigong, Acupuncture and Intuitive Healing are forms of alternative medicine and are not a replacement for Western Medical Treatment. We do not diagnose or treat health conditions. We rather support the body's ability to heal itself. Please consult your physician regarding any health conditions.

Get Updates to your Inbox

Please join the Qigong Awareness Newsletter and get updates to your inbox each month on training, videos, and courses. Don't worry, we'll never sell your email address to a third party.